Another shooting. Another death. Another video. Another grieving family. Another protest. Another name to say. Another legislative proposal that won’t address structural racism or rotten organizational culture.

Realistically, is there anything we can do to make this carnage stop?

Are the police in this nation more racist and more uncontrolled and more brutal than previously? Are deaths at the hands of the police—and particularly police hands holding guns—increasing?

The answers are complex, but boiled down, they are: yes, no and no. There is room for hope.

The police are not worse than they were in previous decades—and in fact overall are considerably better—though perhaps that’s not saying much, when measurement starts at a low point. Deaths by police shootings are not increasing per capita compared to previous decades, but they are frequent enough, their circumstances gruesome enough, and now distributed on social media widely enough, that they cause continuous alarm.

Fatalities are Visual Metaphors for Racism

Yet, these oppressive practices are endured until the death or serious injury of a Black man at the hands of police sparks protests. The deaths are a visual metaphor for racial oppression overall, not only in policing, and they provide the opening for deep emotions to pour forth and intense demands for change to coalesce.

Seen in this light, calls for defunding police departments are demands that structural racism must end. Therefore, organizational structures that lead to racially disparate outcomes must be dismantled.

For policing specifically, a variety of approaches fall under the “defund” category. Activists call for municipalities to “defund and reinvest,” but “reinvest” tends to be ignored in acrimonious political debate. That is unfortunate. Realistically, a city could chop its police department’s budget and promise to direct funds to the schools or social services instead, as New York’s city council promises to do. (Whether the diverted $1 billion will be reinvested is speculative; city coffers took a huge hit in the pandemic and there is some question as to whether there will even be money to divert.)

Or, a city could eliminate parts of its police department and reassign officers to other city agencies. An officer would become a housing inspector, recreational director, social worker. Or, a city could pick the low-hanging policy fruit and interpret “defund” to mean only “demilitarize,” agreeing to dismantle its most aggressive police units such as SWAT teams while leaving the rest intact.

Or, to do it right, a city would require its police to roll back the mission creep so evident in departments nationwide by comprehensive rethinking of what police in a democracy are expected to do. Police executives would be tasked to return to the fundamental police mission – protecting human life, no more and no less—and determine whether their department’s practices and policies, its many programs and offices, really serve this purpose.

The War on Drugs enlisted police as aggressive defenders of public health. The War on Terror required them to surveil the populace, serving as intelligence agents. Crime prevention ideology fostered the mistaken belief that police are the leaders in creating strong communities, so quality-of-life or stop-and-frisk practices were justified.

All these functions—public health, resisting terrorist threats, building strong neighborhoods— should be pursued by municipal agencies other than police. As the social theorist Max Weber stated, agents of the modern state utilize legitimate force in applying the rule of law, and legitimacy is determined by rationality.

Does police use of force rationally advance the police mission of protecting people’s lives? Yes, but when it doesn’t, either because it is unequally applied or because it is used for some purpose other than protection of life, it must be reined back.

Abolishing, defunding, demilitarizing, shrinking. No matter which reform approach is taken, it must proceed from this basic mission. For the rest, personnel should be shifted to another agency, leaving police to handle only situations that may require use of force.

Identifying which police practices require force and which do not would be the first step, and implementing the change requires a bold move.

The prescription is simple. Take away most of the police guns.

The idea is not as radical as you might think. The goal is to remake major sectors of policing so that unarmed personnel with enforcement powers, but not firearms, would do those jobs. Whether they work for the reformed police department or are sheared off and assigned to other city departments is a question for later. Right now, municipal officials must determine how many armed officers a department really needs and remove the guns from the rest.

Immediately, police will respond that just about everything they do requires an unspoken threat of deadly force. This is mistaken. They believe it, but it is mistaken.

It is astonishing how deeply ingrained the gun culture is in most American police departments. Ask officers why they take their guns home after their shifts end, and the response is “I feel naked without my gun.”

Mission creep and union contracts have produced a corps of public servants supposedly on duty 24/7, guns at the ready, because they must respond to crime at any time. No other profession does this. The rest of us put work aside at the end of the day. Police and their guns do not.

Moreover, overtime and moonlighting on other jobs too often create worn-out employees whose professional self-definition begins with being armed. It is perhaps not surprising that anxiety, depression, insomnia, alcoholism and ill health develop often among police ranks. Tired, hungover, or anxious people are likely to make mistakes on the job and neglect tactical planning that could result in better outcomes.

We all make mistakes at work, but mistaken shootings destroy lives, including the lives of the shooters. Yet the gun culture within policing is omnipresent during normal work days. I am slightly unnerved when walking into a room of detectives working hard at their computers, never leaving except to interview witnesses, because I know that most have guns strapped somewhere on their bodies.

Sworn officers assigned to protect schoolchildren carry guns, and gun culture thus becomes normalized for the next generation. In some cities, “meter maids” are armed. In New York City in 2018, the Ivy League-educated commissioner of the Department of Investigation, which investigates fraud and theft within city agencies and has arrest powers, became so enamored of his police role that his agency acquired 140 Glock semiautomatics and night vision goggles for armed “peace officers” to serve warrants on white-collar bad guys. 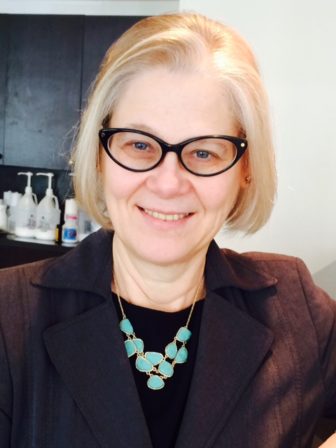 Look at the organizational chart of any police department anywhere in the nation. Ask: “does this squad need to be armed? Why?”

If the answer does not have to do with protecting the citizenry and officers from immanent physical harm, the guns must go.

The police themselves will not go, but they will stand tall in returning to their true mission and will drastically reduce the dreadful deaths of so many people, of all races, who die needlessly at their hands.

Candace McCoy is professor of criminal justice at The City University of New York Graduate Center and John Jay College of Criminal Justice. She is an author and editor of Holding Police Accountable (Urban Institute Press, 2010) and articles on law and the criminal justice system. Her late husband, James Fyfe, an eminent scholar-professor of policing, expert witness, and officer/sergeant/lieutenant/Deputy Commissioner in the New York Police Department, lived by the motto “The primary purpose of the police is to protect life.”