Are Tipp-Ex amendments worse than fraud? 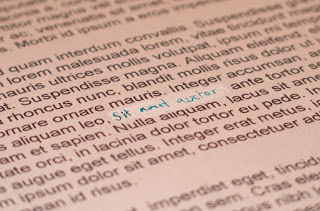 I was on holiday last week! I just wanted to get that particular gloat out of the way.

In the few days that I have been back we have again seen two very contrasting outcomes for lawyers who have got themselves into trouble.

The first was the case of the Solicitor and Tipp-ex –

I have to confess that I was unaware that any firms still used this 1980s style correction fluid. Nicholas St John Gething missed deadlines for registering charges with the Registrar of Companies. He amended the date on the charges using Tipp-Ex. The SDT noted that he did not seem to appreciate the seriousness of his actions. The tribunal accepted that there was little or no risk that the conduct would be repeated. He was struck off and ordered to pay costs. One thing that I can claim to have some knowledge of is Tip-Ex. I am old enough to remember the days of typewriters and carbon paper. It was a common sight to see letters containing several very distinctive Tipp-Ex corrections. It is a less than sophisticated attempt at misleading.

A contrasting outcome awaited the barrister Michael Rowan, who was convicted of fraud in 2019. He received a 6 months suspended prison sentence and had to do a period of unpaid work. He found himself before the Bar Disciplinary Tribunal and was not disbarred. He was given a suspension. According to the report in Legal Futures HHJ Meston QC observed  that “there were cases in which it has “some residual discretion” not to disbar and here there were “a number of cogent mitigating factors”

It is understandable that these differing outcomes cause confusion. A person’s career is finished because of a fairly amateurish attempt to amend a date. But a fraud conviction leads to a suspension. This brings to mind other cases such as the young solicitor who was struck off after losing a bag, despite considerable ‘cogent mitigating factors’, and a senior barrister was suspended after head butting a female colleague –

What is going on? Is there one rule for barristers and another for solicitors?

I actually think HHJ Meston QC has got the balance exactly right. Dishonesty is a serious matter for solicitors and barristers. Removal from the profession is bound to be considered. But there should also be cases where discretion can be exercised. We can be sure that the two young solicitors who were struck would not be so stupid as to repeat their actions. Is there any real danger to the public or the reputation of the profession?

Let us hope that a similar discretion will be used in future in all cases.