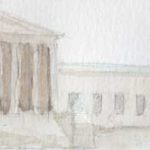 The federal statutes that govern pay and benefits for railroad workers don’t often make for blockbuster decisions. But given their complexity, and their significance to hundreds of thousands of current and former railroad workers, these laws generate lots of litigation; and in recent years, more railworker cases than you might expect have found their way to the Supreme Court.

The agency has a multi-step claims process under which a railroad worker who has been denied benefits can appeal internally up to the three-member board. The statutes then give the railroad worker — or other interested parties like the worker’s union or employer — a right to ask a federal appeals court to review “any final decision” of the board. Everyone agrees that when the board issues a decision denying benefits, that is a “final decision” reviewable by a court. But Manfredo Salinas’ case raises a trickier question that has sharply divided the federal courts of appeals: Is the board’s denial of a request to reopen a previous benefits decision also reviewable?

Salinas, a former railroad employee, says yes. He suffered several painful, debilitating on-the-job injuries and, following two spinal surgeries in the early 1990s, filed a series of claims for disability benefits. The board denied Salinas’ first three claims. But in 2013 the agency reversed course and granted benefits, finding that once Salinas had reached age 55, he no longer could find a job that he could physically perform.

At that point, Salinas asked the board to reopen a previously denied benefits claim, pointing to new evidence showing that he was also disabled at the time of that claim. The board denied his reopening request. He then sought judicial review of that denial in the U.S. Court of Appeals for the 5th Circuit, which dismissed for lack of jurisdiction. The 5th Circuit applied its own precedent under which denials of reopening are not final decisions that can be reviewed by courts, while at the same time acknowledging that the courts of appeals were deeply divided on the question.

Typically, the party who wins in a lower court (here, the federal government) strenuously opposes Supreme Court review: A chance to vindicate your position in the Supreme Court rarely justifies placing your victory at risk. But sometimes a winning party who has to litigate similar cases all over the country will encourage the Supreme Court to take the case, with hopes of extending its victory nationwide. That’s what happened here: After Salinas sought review by the Supreme Court, the solicitor general, while insisting that the board’s reopening denials are not final decisions subject to judicial review, agreed with Salinas that the Supreme Court should step in and take the case, citing the deep disagreement among federal appellate courts on the question. No surprise, the court granted review.

On the merits, Salinas focuses on the broad phrasing of the provision that authorizes judicial review of board decisions, noting that it permits review not just of certain specified decisions, but of “any final decision” — a phrase that (in Salinas’ view) captures the board’s denial of reopening, which is the last stop in the board’s review process. Salinas further contends that if the court has any doubts on that score, the longstanding presumption in favor of judicial review should tip the balance in his favor — particularly because, Salinas explains, ruling against him would insulate from judicial review not just the board’s denials of reopening, but also swaths of other decisions terminating or modifying benefits.

The government does not disagree that a denial of reopening is “final” in the sense that it marks the end of the board’s decision-making process. But it nevertheless argues that other language in the judicial-review provision, along with the broader structure of the benefits statutes, make clear that Congress authorized judicial review only of certain enumerated decisions — a limited category that does not include denials of reopening.

Salinas responds that the government’s interpretation violates the “rule of the last antecedent,” which courts often apply when interpreting multi-item lists. The last-antecedent rule says that a limiting phrase (here, “under subsection (c)”) typically modifies only the item that immediately precedes it (“any other party aggrieved by a final decision”), not the entire list. Justice Sonia Sotomayor in Lockhart v. United States gave a memorable example, timely in 2016: If a baseball manager told a scout “to find a defensive catcher, a quick-footed shortstop, or a pitcher from last year’s World Champion Kansas City Royals,” the scout wouldn’t think the catcher and shortstop needed to be on the championship roster. By the same logic, Salinas says, the phrase “under subsection (c)” doesn’t limit the types of actions he can appeal because he is a “claimant,” not “any other party aggrieved.”

The government objects to this use of the last-antecedent rule, arguing that by ending its list with “any other party aggrieved by a final decision under subsection (c),” Congress implied that all the listed parties, including “claimant[s],” are limited to appealing decisions under subsection (c). Salinas responds with a number of counter-examples, including a classic by Chief Justice John Marshall, designed to show that the last-antecedent rule can apply even when a list ends with a reference to “other” items of a certain type.

The parties also battle over whose reading best accords with the statute’s structure and purposes. The government argues that Salinas’ reading creates a “haphazard” scheme: A claimant could appeal any final board decision, whether it “aggrieves” him or not; and parties could evade the statutory time-limits on seeking judicial review of benefit denials, simply by filing administrative requests to reopen those denials years later and then, if unsuccessful, going to court. The government also contends that under Salinas’ reading, the statute’s three key subsections — which (1) require parties to appeal certain decisions internally within the agency, (2) establish a right to judicial review, and (3) make that judicial review exclusive — would cover three different sets of agency decisions, an incoherence Congress couldn’t have intended. Finally, the government insists that the presumption favoring judicial review doesn’t help Salinas, given that every party asking the board to reopen a decision already had a shot at judicial review when the board made its initial decision to deny benefits.

In response, Salinas highlights that the government’s reading creates conundrums of its own. Key among them is that that the provision making judicial review exclusive refers to some board decisions that are not in subsection (c). According to Salinas, this shows that subsection (c) can’t be read as offering an exhaustive list of reviewable decisions.

The court has scheduled argument in Salinas’ case for the day before the election. Whether intentional or not, that timing can only help keep political temperatures low. The case raises a bread-and-butter question of statutory interpretation that, while important to the hundreds of thousands of current and former workers eligible for the billions in railroad benefits that the board pays each year, seems unlikely to spark ideological combat. Still, don’t be surprised if the justices’ questions reveal sharp disagreements: One of the court’s recent railroad decisions broke down 5 to 4 along traditional lines, with the four more liberal justices dissenting from Justice Neil Gorsuch’s opinion holding that railroad employees are exempt from federal employment taxes on stock-based compensation.