Compassionate leadership – a thing of the future? 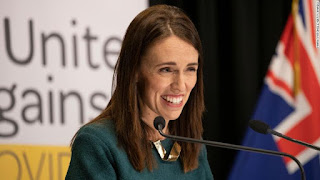 “I refuse to believe that you cannot be both compassionate and strong” – Jacinda Ardern
The Prime Minister of New Zealand has drawn praise from across the world for her openness and leadership through the difficulties of the last few weeks. From her voluntary pay cut, to assuring the children of her country that the Easter Bunny was a key worker she has stood in stark contrast to some other world leaders.
The current crisis and resulting lockdown have possibly given us the opportunity to reflect on where true leadership is found, including in relation to the management of law firms – or any other business for that matter. Most of us have been brought up in the belief that a business leader must be strong. But does that need to be at the expense of compassion?
Let’s look at performance issues. How do we bring the best out of our team? How do we deal with someone who does not seem to be at their best, who is not meeting their targets? There may be times when a firm word is needed. There may be others when a different approach works best. I have a confession! I react to praise or criticism – always have. So, if I post something that has lots of positive comments, I will be motivated to do more. If I am met with criticism or even worse: silence, I feel like giving up. In football terms, I’m a confidence player. To be honest we are all like that, to some degree. So, someone who is not working at their best might need a bit of encouragement, a positive word, a reminder of good things they have done. Or there might be other issues – worry, tiredness, family difficulties. It is not acceptable to say that they should leave their problems at home, as if the problem is somehow separate from the person. If someone is weak then why not help to make them stronger rather that expect them to ‘man up’ whatever that means.
The same goes for openness – one my recurring themes. Time and time again I have written about the need to encourage staff and colleagues to talk to someone if they have made a mistake or things are getting out of hand. Compassionate managers know how they feel.  They have been there. They know that nobody is perfect. The fact that they have messed up does not invalidate all the good things that they have done and will do. A person who knows that they are a valuable part of the team, is less likely to lock themself in a room and concoct some catastrophic cover up. The ones who do that are the ones who already feel isolated. A culture based on empathy looks for a solution, not for someone to blame.
Does this sound like bleeding heart liberalism? Are we becoming snowflakes? In fact, it is the opposite. The world in which we live, and work can be tough. It is even tougher just now and might get worse in the future. What we need are strong teams headed by strong leaders. But as the wise leader of New Zealand says, compassion is a strength not a weakness.
Keep safe.