Concerning a Home Office Tweet, spilt coffee and the Rule of Law

It is rare these days that anything causes me to choke on my morning coffee! After the year that we have had there is not much left to shock. But this did happen this morning as I was briefly looking through my Twitter feed before starting work. The culprit (!) was a tweet from https://nearlylegal.co.uk/blog/which shared a shocking post from the UK Home Office – 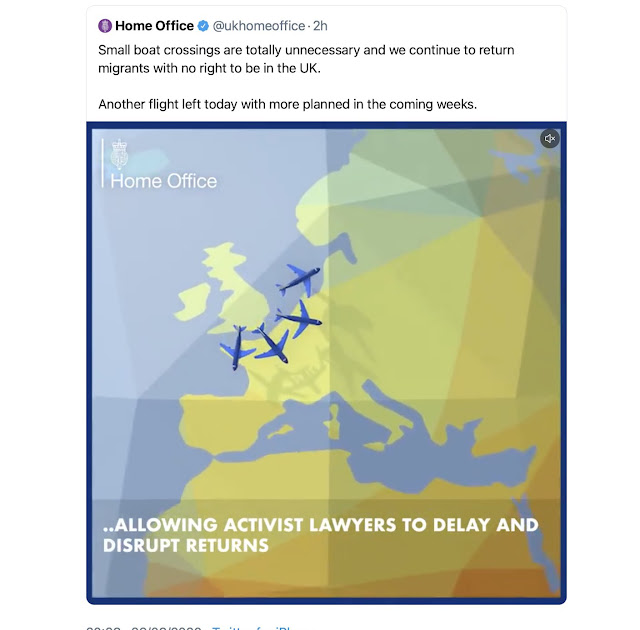 My first reaction was to check that it was genuine, but it is. We have an official government twitter account effectively blaming lawyers for delaying and frustrating returns of asylum seekers crossing the Channel. As a lawyer I obviously react to any attacks on my profession. But that is nothing new. What is so disturbing is the real intention behind this tweet. The role of lawyers is to uphold and protect the rights of citizens, to uphold the rule of law. We have a duty to act in the best interests of our clients and to fearlessly advocate on their behalf. An attack on lawyers is almost always an attack on those who instruct them and the principles that they defend.

What the Home Office is saying here is that the rule of law is getting in their way. It is an undisguised attack on the provisions that exist to protect us all. It is not the first time this has happened. The present government is dedicated to restricting our rights. In 2019 the Attorney General, the Government’s senior lawyer said –

“repatriated powers from the EU will mean precious little if our courts continue to act as political decision-maker, pronouncing on what the law ought to be and supplanting Parliament.”

Any action that is perceived as protecting us from the excessive actions of government is portrayed as ‘political decision making’. Boris Johnson was found by the Supreme Court to have unlawfully prorogued parliament. His reaction has been to pledge to restrict the Court’s powers. A government spokesperson talked about ‘clipping the wings’ of the court –

What ministers are really saying is that they have enough of having to follow the law of the land, that they should be free to do what they like. This flies in the face of the oath taken by the Lord Chancellor, Robert Buckland – a member of the same government –

“I do swear that in the office of Lord High Chancellor of Great Britain I will respect the rule of law, defend the independence of the judiciary and discharge my duty to ensure the provision of resources for the efficient and effective support of the courts for which I am responsible”

The latest tweet from the Home Office is a disgrace. This open disrespect for the rule of law should be called out by Mr Buckland. It must be removed and followed by an apology to those lawyers who are simply doing their jobs.