Forty years and I can still count! 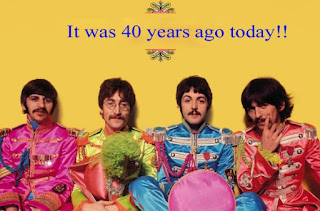 It was on this day – April Fools’ Day 1980 – that I officially joined the roll of Solicitors. Lord Denning autographed my admission certificate and the 40-year roller coaster began.
The Jam topped the charts with Going Underground!
I was planning to put on drinks and curled up sandwiches to mark the occasion, but a certain virus put paid to that. So my little speech will have be to be virtual…
My first position was a very short-lived sojourn with a small Liverpool firm who I won’t identify! I was taken on to develop their litigation work – everything from PI to divorce to Crime. This is what we did in those days.
I still have nightmares about my first appearance in the Magistrates Court. My boss asked me to do a committal hearing, with about an hour’s notice. I knew nothing at all about crime. I phoned a friend. He asked if it was a paper or oral committal. I stared wide eyed at the file which didn’t help. My friend said it was probably a paper exercise and I should just say that we agreed. So, there I was sitting amongst some legendary criminal advocates including Mr Makin, Mr Rooney, Mr Livermore and other celebrities. Eventually, it was my time to walk to the guillotine. I stood before the bench and the watching audience of greatness. I read from my copious notes – ‘We consent’. I began to sit. The clerk clearly expected more. ‘What about witnesses?’. I came out with a line that has haunted me to this day – ‘Yes we have got some’.  The clerk spared me further pain and said – ‘Witnesses to be conditionally bound’.  I could the feel the raised eyebrows of the watching hordes. Did I imagine the thumbs down sign, or other more embarrassing gestures in my direction?
This was moment that I decided a career in the law was not for me. I met an equally new barrister outside court and poured my heart out. He smiled and said that I would joke about it one day! Ha!!
I swiftly moved to the Vauxhall Law Centre which changed my life. I have written before about my early days in Scotland Road –
https://thestevecornforthblog.blogspot.com/2020/02/still-ranting-after-all-these-years.html
While we are talking about roller coasters, I did once lose a client in court. This was in fact the subject of one of my earliest blogs back in 2012 so I won’t repeat it here, other than to say that my philosophy since that day has been – ‘Never assume that a client in curt has the first idea what is going on..’
https://thestevecornforthblog.blogspot.com/2012/04/mysterious-case-of-lost-client.html
Since then, it has all been plain sailing!!
Thank you to all of you who I have known since that first day.
And to others that I have met along the way. Who would ever have thought that 40 years in the law could produce so much laughter and so much pain…