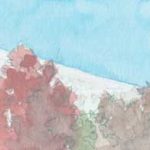 The Supreme Court on Friday added one new case to its merits docket for 2020-21 term. In Cedar Point Nursery v. Hassid, the justices will weigh in on a California regulation that gives union organizers access to the property of agricultural growers up to three hours per day, 120 days each year. The lawsuit was filed by a California strawberry nursery after union organizers relied on the regulation to enter the nursery’s property with bullhorns in an effort to recruit employees. The nursery argued that the regulation amounted to an unconstitutional “taking” of its private property under the Fifth Amendment. A federal district court rejected that argument, and the U.S. Court of Appeals for the 9th Circuit upheld that ruling.

The nursery asked the justices to review the 9th Circuit’s ruling, telling them that the federal courts of appeals are divided on the question whether “a continual, but time-limited easement” like the one created by the regulation is the kind of permanent physical invasion on a property for which its owner must be compensated. And it told the court that the question is an important one in a state like California, which “leads the nation in producing agriculture and is the sole producer of numerous crops such as almonds, pistachios, and walnuts.” Moreover, the nursery added, the 9th Circuit’s decision could also have implications for other areas of property rights, like the ongoing dispute between the government and private landowners over access to beaches.

The state countered that the 9th Circuit’s decision does not conflict with the decisions of other courts of appeals, and it stressed that its regulation is “rarely invoked and allows only limited access subject to numerous safeguards and restrictions.” The nursery has also not shown, the state noted, that the regulation has resulted in “any actual economic harm or disruption.”

In a brief order on Friday afternoon, the court agreed to take up the nursery’s appeal. The justices will likely hear oral argument in the case sometime early next year, with a decision to follow by summer.