Law Centres go the Extra Mile – let’s do the same 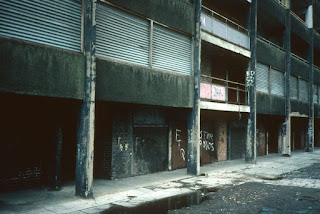 In October 1980 – 40 years ago!! – I started work at the Vauxhall Law Centre, just off Scotland Road in Liverpool. It was to be a life changing experience. In fact, it was a life changing weekend as my eldest son, now a Solicitor, was born the day before! So, what better time to post something about a case from the early days, that highlights what Law Centres have done for us?! This the case of Liverpool City Council v Irwin [1977] AC 237, that just predated my time at Vauxhall. It was a disrepair case that went all the way to the House of Lords (Supreme Court for most modern lawyers!).

The tenants lived in a property that was officially called Haigh Heights near the City Centre. It was part of a group of three known to everyone as the Piggeries. They lived up to their name. A particular problem related to ‘common parts’. They were 14 stories high. The lifts were regularly breaking down. The stairs were in a state of disrepair. There were rubbish chutes that were often blocked. They were a mess.

Early in the 1970s the tenants embarked on a rent strike. Liverpool City Council issued possession proceedings. The case was taken up by the Vauxhall Law Centre that had opened in 1973 as a joint venture between Liverpool Law Society and Liverpool City Council. The possession claim was defended, and a counterclaim was issued alleging, among other things, that Council were in breach of a covenant to maintain the ‘common parts’. There was no such statutory implied covenant at that time.

At first instance HHJ Cunliffe found in favour of the tenants. The Court of Appeal reversed this and found for the council. Lord Denning dissenting said that there was indeed an implied term that the council would take reasonable care maintain the common parts. But he found that there was no breach on the facts.

And so to the House of Lords, which firmly agreed that there was indeed an implied term. Lord Wilberforce agreed with Denning that functioning lifts and stairways were essential to the premises without which life was effectively impossible. One highlight was the comment by Lord Salmon on an argument that had been put forward on behalf of the council –

“It has been argued that the council should not be taken to have accepted
any legal obligations of any kind. After all, this was a distinguished city
council which expected its tenants happily to rely on it to treat them reason-
ably without having the temerity to expect the council to undertake any legal obligations to do so. I confess that I find this argument and similar arguments which I have often heard advanced on behalf of other organisations singularly unconvincing.”

And so, an implied term to take reasonable care of these common parts was established. From the end of the 1980s this duty has been implied by statute.

I mention this as one example of how housing law was developed by a Law Centre taking up an issue that affected a whole community. Law Centres have fought for the rights of those in need. They have also played a key role in changing difficult areas of law. They need our support. They and other agencies need us to Go the Extra Mile – https://atjf.org.uk/go-the-extra-mile-for-justice