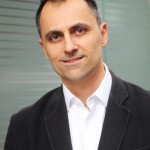 The European Communities Act 1972 caused an important and beneficial transformation to the British constitutional settlement. It made clear that some acts of Parliament have higher legal significance than others. This was recognised by the British courts in the case of Factortame. Many scholars believe that this was a legal ‘revolution’. I disagree. A better view is that the unwritten constitution has always had to rely on higher legal rules in order to give effect to the virtues of the rule of law. In the absence of a written constitution, those higher rules are Acts of Parliament identified on the basis of their content and the political context of their creation.

For example, the rule that parliament is sovereign and that Crown and Parliament are not equals in a ‘mixed constitution’, is now set out in the Bill of Rights 1688. This rule must be a legal rule, otherwise the courts could not have enforced it. The Parliament Acts themselves play a similar role, in determining what is an Act of Parliament (as recognised by the courts in Jackson). The idea of a ‘fundamental law’ is not a French or American import or something foreign to the common law. Hobbes, for example, suggests that a ‘Fundamentall Law in every Common-wealth is that which being taken away, the Common-wealth faileth, and is utterly dissolved’ (Leviathan, ch.26). Locke and Lawson said similar things.

European Communities membership required a structured constitutional order on the basis of a proper law of the constitution, by allowing transnational institutions to have some say in the running of the United Kingdom. This reciprocal arrangement was just what Parliament wanted at the time. By joining the EEC the UK thus accepted the direct effect and primacy of European law. The outline of this interpretation of the unwritten constitution was confirmed by the Supreme Court in Buckinghamshire (HS2) and Miller (No 1), under the doctrine of ‘constitutional statutes’.

The UK’s withdrawal from the EU is taking place under an agreement with the EU. This Withdrawal Agreement (henceforth ‘WA’) was a result of fraught negotiations. Disagreements within the UK government and the failure to approve the original agreement led to the resignation of Theresa May as PM. The WA sets out a binding framework of Britain’s withdrawal from the EU, which has three dimensions: public international law, EU law and domestic constitutional law in the UK.

The WA creates two phases to Brexit. The first is the transition, where EU law (as well as the WA) applies. The second is the post-transition status, where EU law does not apply, except as received through domestic law. But the WA applies to both phases. This is explicit in Article 185, about entering into force, and Article 131 of the WA, which deals with the jurisdiction of the CJEU and other EU bodies during the transition.

A key provision of the WA is that which provides for the direct effect and supremacy of the WA over UK law. Article 4 of the WA provides that the

provisions of this agreement and the provisions of Union law made applicable by this Agreement shall produce  in respect of and in the United Kingdom the same legal effects as those which they produce within the Union and its Member States.

At paragraph 2 it says that

The United Kingdom shall ensure compliance with paragraph 1, including as regards the required powers of its judicial and administrative authorities to disapply inconsistent or incompatible domestic provisions, through domestic primary legislation.

Thus, paragraph 1 provides both for the direct effect and the primacy for the WA. This is the only possible meaning of the phrase ‘same legal effects as those which they produce within the Union and its Member States’. This impression is strengthened by paragraph 2 which provides for the power of domestic courts to disapply ‘inconsistent or incompatible domestic provisions’. This power must be achieved through ‘domestic primary legislation’.

This means that as far as the WA is concerned, the UK has an obligation to give it the same effect that European law had on the basis of the Factortame principle of primacy. Just like normal EU law, the WA ought to prevail over contrary UK Acts of parliament. The primary legislation giving effect to this explicit obligation is the European Union (Withdrawal Agreement) Act 2020, which creates this constitutional framework.

There are very strong grounds for saying that the European Union (Withdrawal Agreement) Act 2020 is a constitutional statute. First, the Withdrawal Agreement required it to be. Second, it contains an explicit recognition of the constitutional change required for an orderly process of withdrawal. It is found in s. 26 of the 2020 Act, titled: ‘Interpretation of retained EU law and relevant separation agreement law’. Buried in that lengthy section is the introduction of a new s. 7C of the 2018 Withdrawal Act, according to which:

(1) Any question as to the validity, meaning or effect of any relevant separation agreement law is to be decided, so far as they are applicable—

Just like the ECA 1972 for EU law in general, the 2020 Act recognises the primacy of the WA over domestic ‘separation agreement law’. The ‘validity, meaning or effect’ of any present and future ‘separation law’, including primary law of the UK, is to be assessed on the basis of the Withdrawal Agreement. This also means that by way of the reference made to it in the Northern Ireland Protocol, the Belfast Agreement now enjoys constitutional protection in the UK.

It is in light of this framework that we should see the proposed Internal Market Bill 2020. The Bill creates new powers for the Secretary of State to override the Northern Ireland Protocol in the areas of the free movement of goods (c.42) and state aid (c.43).Yet, the most important aspect of this Bill is that it protects the effects of clauses 42 and 43 by seeking to reduce the status of the Withdrawal Agreement. The relevant clause here is clause 45 which states that if the Secretary of State makes regulations contrary to the NI Protocol, then such regulations under section 42(1) or 43(1):

are not to be regarded as unlawful on the grounds of any incompatibility or inconsistency with relevant international or domestic law.

section 7C of that Act ceases to have effect so far and for as long as it would require any question as to the validity, meaning or effect of any relevant separation agreement law to be decided in a way which is incompatible or inconsistent with a provision mentioned in paragraphs (a) to (f) of subsection (1).

In other words, this Bill is proposing to change back the constitutional process created by the 2020 Act. It is a constitutional amendment in all but name.

The change in the effect of the WA is therefore a current violation of Article 4 of the WA and the obligations of ‘good faith’ of Article 5. The breach is in the constitutional framework set up for withdrawal, according to which the agreements reached for separation, including the Northern Ireland Protocol and the protection of EU citizens, ought to enjoy higher constitutional status in the UK. Simply put, the Internal Market Bill removes that higher status. This is a violation of Article 4, even if the new powers of the Secretary of State are never exercised.

The British government’s quick and expedient change of heart is extraordinary, given the circumstances. The UK promised to the EU that it will amend its own constitutional settlement, so as to protect the NI Protocol and EU citizens from contrary domestic law in the future. The UK Government undertook to do so, under the model of the European Communities Act 1972, which continues to apply during the transitional period (s.1A(2) European Union (Withdrawal) Act, 2018, as amended).

The EU relied on the UK’s promise and the UK benefited from its reliance. This is how the UK avoided hard Brexit in October 2019. The Conservative Government also derived great benefits from the avoidance of the ‘cliff edge’. It won the December 2019 election on the basis of ‘Getting Brexit Done’ under the Withdrawal Agreement. But when it became politically expedient, the UK Government appears to have decided to go back on its word. Hard as it is to write this, the facts above suggest a process of calculated deception.

Is the Bill ‘constitutional’?

Very distinguished commentators have written that this process is not ‘unconstitutional’. In one sense they are obviously right. Parliamentary sovereignty trumps international law. But parliamentary sovereignty has its own structure, which their analysis does not take into account. The European Union (Withdrawal) Act 2018 is a constitutional statute. It can only be set aside explicitly. It is not clear that the Internal Market Bill does that.

We know from Factortame that only an explicit repeal can set aside a constitutional statute. In Factortame the offending s.14 of the Merchant Shipping Act 1988 made no reference at all to the 1972 Act, it merely introduced nationality conditions for fishing vessels. So the case was simpler. The Internal Market Bill, by contrast, refers to the WA. But it does not repeal it. It says something entirely novel, namely that the new regulations by the Secretary of State, whatever they may say, will apply notwithstanding any domestic or international provision, including the WA. These regulations are designed to survive against any contrary law, whatever their content. The novelty of this approach was well explained by Roman Cormacain in an earlier post in this blog. Is this a constitutionally acceptable ‘repeal’? Is it a repeal at all, since the WA continues to apply whenever it does not affect the relevant regulations, under clauses 42 and 43? It will be up to the British Courts to decide the point.

From the point of view of the EU, the legal framework is much simpler. The EU can use the legal means available to it to force the UK to keep its side of the bargain. The Commission can just start proceedings against the UK before the CJEU. The appropriate basis is Article 131 of the Withdrawal Agreement, not the rules concerning the NI Protocol. Since the violation concerns Article 4 and will have taken place during the transitional period, the jurisdiction of the Court of Justice of the EU applies in full. If the Internal Market Bill becomes an act of parliament, its fate will be decided in the domestic and the EU courts.

This post briefly summarises the points made orally at the virtual workshop ‘British European Relations Post Brexit: A Legal Kaleidoscope’ organised by the Institute of European and Comparative Law, Oxford on 21 September 2021. I am grateful to the organisers for their invitation and to my fellow panellists for our very fruitful discussion. The whole workshop and some of the written papers can be viewed at this link.