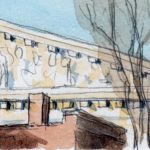 Pennsylvania election officials urged the Supreme Court to deny the Trump campaign’s motion to join the Pennsylvania Republican Party’s appeal of a state court ruling that requires election officials to count mail-in ballots received by Nov. 6. The campaign went to the court on Wednesday afternoon, telling them that the outcome of the presidential election could hinge on the vote in Pennsylvania. By the time the election officials and the Democratic Party filed their briefs opposing the campaign’s intervention on Thursday afternoon, former Vice President Joe Biden had closed the gap with the president significantly, with the counting expected to conclude late Thursday or Friday.

The Pennsylvania Republican Party and Pennsylvania legislators are challenging a ruling by the Pennsylvania Supreme Court that requires the state to count all ballots received by Friday, Nov. 6, as long as they are postmarked by Election Day, lack a postmark, or have a postmark that is not clear. The justices declined in October to put that ruling on hold or to fast-track their consideration of the Republicans’ petition for review, but Justice Samuel Alito left open the prospect that the justices could decide the case on an expedited basis after the election.

In their brief opposing the campaign’s motion, the election officials contended that there is no need for the Trump campaign to join the proceeding because it is already adequately represented. The campaign makes the same arguments as the Republican Party, and the Republican Party is represented by the same lawyers who represented the campaign in a different case in federal court, the officials argued. Moreover, they added, the request has come too late – almost six weeks after the case first arrived at the Supreme Court.

The Pennsylvania Democratic Party is also defending the state supreme court’s ruling. It told the justices that there is no need for them to rule on the Trump campaign’s motion to join the case now, because the Supreme Court “may well not need to hear and decide” the case at all, depending on how many ballots are received during the three-day period between Election Day and Nov. 6 and whether that number actually makes a difference in the elections. Pennsylvania election officials are also segregating ballots received after the polls closed on Election Day, the Pennsylvania Democrats noted, so that they will not be mixed with other ballots.