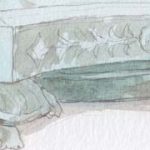 This week we highlight cert petitions that ask the Supreme Court to review, among other things, whether Alaska Native corporations are “Indian tribes” who can receive CARES Act payments, whether courts should defer or decide disputes over church property, and how explicit police officers must be in explaining to a suspect her right to a lawyer before and during interrogations under Miranda v. Arizona.

In the 1971 Alaska Native Claims Settlement Act, Congress established a different relationship with Alaska Natives than it had with Native Americans in the lower 48 states. Rejecting reservations, the ANCSA mandated the creation of “regional corporations” and “village corporations” to manage Native lands, administer settlement funds and act for the benefit of Alaska Natives. Fast forward to the Coronavirus Aid, Relief, and Economic Security Act, in which Congress directed the treasury secretary to disburse $8 billion of relief funds to the governing bodies of “Indian tribes” as defined in the Indian Self-Determination and Education Assistance Act. This act defines “Indian tribe” as “any Indian tribe, band, nation, or other organized group or community, including any Alaska Native village or regional or village corporation … which is recognized as eligible for the special programs and services provided by the United States to Indians because of their status as Indians.”

Three petitions present the justices with contrasting claims regarding the role of courts over church disputes. In the 1871 case Watson v. Jones, the Supreme Court mandated deference to how ecclesiastical bodies resolved church-property disputes. However, in 1979, the Supreme Court in Jones v. Wolf allowed courts to apply “neutral principles of law” to resolve such matters, though courts could still defer. Petitions in All Saints’ Episcopal Church (Fort Worth) v. Episcopal Diocese of Fort Worth and Episcopal Church v. Episcopal Diocese of Fort Worth ask the justices to review a Texas Supreme Court decision that eschewed deference and to institute stronger First Amendment protections. In contrast, the petition in Schulz v. Presbytery of Seattle asks the justices to review a Washington Court of Appeals decision that chose deference and to require that courts apply neutral principles.

Miranda v. Arizona famously requires police to advise a suspect of the right to an attorney before beginning an interrogation. In Michigan v. Mathews, police advised Laricca Mathews, a murder suspect, of her right to a lawyer in general terms, but they did not explicitly state that she was entitled to have a lawyer present during questioning. Mathews then admitted to shooting her boyfriend. The trial court, affirmed by the Michigan Court of Appeals, suppressed Mathews’ statements on the ground that the warning was defective. In its petition, Michigan asks the justices to review the decision because state and federal courts are split over whether a general warning satisfies Miranda.

These and other petitions of the week are below:

All Saints’ Episcopal Church (Fort Worth) v. Episcopal Diocese of Fort Worth
20-534
Issue: Whether the Texas Supreme Court’s decision awarding the sanctuary and rectory of the petitioner, All Saints’ Episcopal Church (Fort Worth), to a dissident faction in contravention of the will of petitioner’s parishioners and an express-trust provision is consistent with the free exercise and establishment clauses.

Alaska Native Village Corporation Association v. Confederated Tribes of the Chehalis Reservation
20-544
Issue: Whether Alaska Native regional and village corporations are “Indian tribes” under the Indian Self-Determination and Education Assistance Act and therefore are eligible for emergency–relief funds under Title V of the Coronavirus Aid, Relief, and Economic Security Act.

Michigan v. Mathews
20-546
Issue: Whether Miranda v. Arizona is satisfied when a suspect in custody is advised at the beginning of an interrogation that they have the right to an attorney, but is not explicitly advised that they are entitled to the attorney’s presence before and during interrogation.