Kodey Howard and Tanner Jacobson only faced 30 days in jail for driving on suspended licenses when they decided to bolt from a Washington State courtroom in handcuffs and oversized orange shower sandals in 2018.

It was those sandals that got the best of Howard.

He fell on his face in the hallway outside the courtroom as Lewis County Judge Buzzert lowered his gavel and gave chase. Howard, 28, managed to get up as Jacobson sped by him, and they took a stairwell where they descended several flights.

Judge Buzzert caught up with Howard and tackled him at the exit of the building while Jacobson fled on foot for a few blocks before his sensibilities overcame his adrenaline-charged mind.

A&E’s ”Court Cam” series made the courtroom escape its number-one video in Season One—probably because of the drama of the chase and apprehension. But they should have made it the number-one video because it’s an illuminating example of why sentencing reform in America desperately needs an infusion of common sense.

What the television series didn’t tell the public is that Kodey Howard received six years in prison for his moment of insanity while Jacobson received a year and a-day.

I want to remind you that both men faced 30 days in jail for driving on suspended licenses.

You might wonder why these men would dare bolting from the courtroom when they faced such short jail sentences? It’s easy to dismiss them as idiots without considering their motivations. The judge who sentenced both men for their actions certainly concluded this; otherwise you would think he’d mitigate punishment. 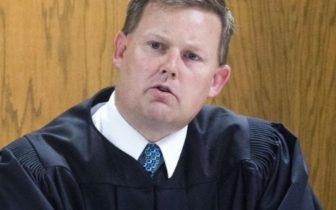 Had the judge endeavored to make some inquiries, he would have learned that both men had been arrested the day before, and that both men were heroin addicts suffering the beginning of withdrawal.

For a heroin addict facing the prospect of 30 days in jail, it’s easy enough to understand that Howard and Jacobson were desperate for a fix, and wanted to avoid the pain and suffering inherent with withdrawals.

A Paradigm of Unreasonableness

Yet our legal system is a paradigm of unreasonableness, constructed with rigid guidelines that disregard human logic and, sometimes, illogical thinking.

Where is the logic in sentencing a man for six years for trying to flee a 30-day sentence in order to cure dope sickness?

According to Howard, his excessive six-year sentence was in retaliation for the embarrassment he caused the county’s courtroom security or lack thereof. Of course, he would think that. But the truth is probably found closer to the determinate sentencing scheme that exists in Washington State as well as in most states and the federal system.

Strict sentencing guidelines remove most discretion from judges, requiring them to conform to imposing sentences often based on a point system. To be precise, the more prior felonies a person has committed, the greater the felony points they accumulate, and the greater sentence they receive.

Howard had accumulated a number of prior petty crimes, mostly consisting of theft and a few burglaries. His accumulated felony points were so high that the sentencing judge had little discretion but to sentence him within the required standard sentencing range that resulted in his six-year sentence.

Howard’s case exposes the unreasonableness of our current determinate sentencing practice that forces judges to disregard common sense logic and empathy. If a drug addict with no prior offenses had fled the courtroom, he would have faced a six-month sentence for escape.

Our current system is based on retribution. It doesn’t solely exist to punish a person for their current offenses, but also for their prior offenses, even though they have already fully served punishment for them. 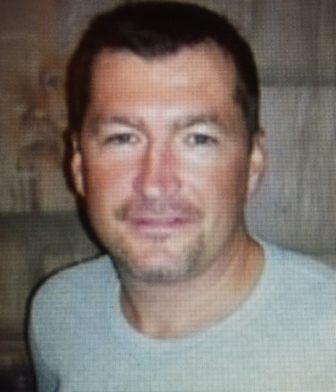 Why it hasn’t been deemed a violation of the Double Jeopardy Clause of the federal constitution is a question for lawyers. After all, the determinate sentencing schemes widely applied throughout the US effectively punishes offenders a second time for crimes they have already been punished for.

A system of retribution isn’t justice.

Tom Richey is the author of the internationally selling book, “Kenny Richey, Death Row Scot,” that led to the release of a prisoner after 21 years on Ohio State’s Death Row. That prisoner happened to be his brother. He welcomes readers’ comments.