Since when did ‘rough’ become an acceptable part of Justice 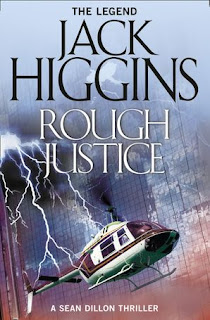 The words law and justice are normally inseparable. The aim of a legal system is to promote justice. The most familiar image that is associated with our legal system is one of scales of justice. This is, or rather should be, a statement of the obvious. It seems however that costs savings now trump justice in some cases.

This link includes a reference to the judgment submitted by Crown Office Row Chambers.

The facts are very simple. The claim was being pursued via the Claims Portal for low value personal injury claims. The claimant’s solicitors offered £5750.00 and the Defendants responded with a counteroffer of £4000.00. The claimant intended to return with an offer of £5,550.00 but mistakenly typed in £550.00. This was obviously a typo. Nobody would suggest for a minute that it was anything else. The defendants promptly accepted it.

The claimant issued a Part 7 claim. The defendants successfully applied to strike out the claim as it had already been ‘compromised’. The court agreed with the defendants. This follows on from earlier cases which had a similar outcome. The rationale behind the judgments is that the common law doctrine of mistake, however obvious, does not apply to these portal claims because they were part of a self-contained procedural code. In the case of Fitton v Ageas in November 2018 HHJ Parker said –

“The process has the potential to deliver what might be called fairly rough justice on occasion, but generally is a proportionate and cost-effective way to achieve settlement”

Since when did ‘rough justice’ become part of any definition of justice?

Interestingly in A V B the Deputy District Judge observed that the level of the mistake is neither here not there so an offer of £25,000 instead of £25.00 would produce the same result.

At another level is it not a disproportionate sanction to require a solicitor and/or their insurer to pay out £24,975  for a minor typo? At the same time, the insurer who knows very well that the intention is, benefits from a massive windfall.

It is as if law and justice has been replaced by unforgiving bureaucracy.