Symposium: The First Amendment does not require governments to contract with parties who do not comply with neutral, generally applicable rules 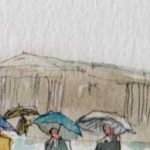 Clare Kindall is the solicitor general for the state of Connecticut, which joined a multi-state amicus brief filed in support of Philadelphia. While in accord with the states’ filed brief, the views expressed here are entirely her own.

On Nov. 4, the Supreme Court will hear oral argument in Fulton v. City of Philadelphia, a challenge to Philadelphia’s requirement that any private vendor providing foster care services must agree not to discriminate on the basis of protected status. Philadelphia has never waived its nondiscrimination requirement for its vendors. Catholic Social Services wishes to be hired by the city but wants to discriminate, based on its religious beliefs, against LGBTQ+ families in the screening for placement of foster children. Both the federal district court and the U.S. Court of Appeals for the 3rd Circuit held that Philadelphia’s nondiscrimination requirement for its contracts with private vendors does not violate the First Amendment.

The Supreme Court granted the petition for certiorari on three questions, one of which is whether a government program for foster care violates the First Amendment rights of religious organizations by conditioning participation on “taking actions and making statements that directly contradict the agency’s religious beliefs.” Yet, the facts of the case make it a particularly poor vehicle for a religious liberty argument. The state is not regulating; it is participating in the market for a particular service. The First Amendment does not require governments to use private contractors who refuse to provide the contracted services on a nondiscriminatory basis. And when governments contract with private vendors for governmental services, the same contract conditions need to apply to all vendors. To do otherwise would throw government contracting into chaos.

Although CSS frames the issues in terms of religious freedom and the First Amendment, there simply is no constitutional right to be awarded a government contract and be paid from the public fisc. There is no constitutional right to serve as a foster-parent facilitator. There is nothing in the Constitution that requires governments to pay a private vendor so the private vendor can discriminate against anyone based upon any protected status, whether it is race, religion, national origin, gender, gender identity or sexual orientation.

Foster care is a governmental function, not a liturgical function. As the court stated in Schall v. Martin in 1984, the state has a grave responsibility to play its part as parens patriae and provide for the well-being of a child when “parental control falters.” These children are the most vulnerable of the vulnerable. They reflect every race, gender and gender identity, religious background and sexual orientation. Discrimination against foster families that reflect that diversity is discrimination against these children. LGBTQ+ families have fostered children for decades and in many states are a significant portion of those who volunteer to be become foster or adoptive parents. Inclusion of LGBTQ+ families in the foster care system maximizes the number of safe and loving homes available for foster children.

But the issue here is not whether LGBTQ+ families should be foster parents. Nor has the court been asked whether it would be unconstitutional for a state to contract with a religious entity. Instead, the narrow question is whether it is unconstitutional for a government agency to decline to enter into such a contract. Government contractors cannot rewrite the terms of their contracts to suit their beliefs, however sincerely held. For example, garbage collectors hired by local governments could not decide to collect trash from married households and not unmarried households based on their religious beliefs or otherwise pick and choose who they serve while providing governmental services paid from the public fisc. To permit such a system would undermine the core foundation of government contracts as well as the separation of church and state.

Requiring governments to accommodate the “sincerely held religious beliefs” of contractors would inevitably lead to unconscionable results. It was not so very long ago that the idea that “Almighty God” had decreed that the races should be separate was the foundation for anti-miscegenation laws such as the one that the Supreme Court unanimously struck down in Loving v. Virginia. Would a government be required to eliminate any of its contractual requirements that vendors must provide services to all, including multiracial couples, because one vendor holds the religious belief that “the races should be separate”? Does the First Amendment require the government to provide this vendor with an exception to the “serve all” requirements, because of the vendor’s religious beliefs?

To require, as a matter of constitutional law, that religious organizations be exempted from contractual terms of their choosing would quickly undermine all government contracting, as the exemptions would quickly overtake the rule. Any vendor who did not seek such exemptions would be at a significant competitive disadvantage, and the range of religious beliefs would undoubtedly expand to adjust to the economic circumstances.

The post Symposium: The First Amendment does not require governments to contract with parties who do not comply with neutral, generally applicable rules appeared first on SCOTUSblog.