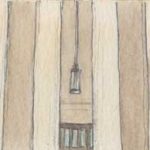 This article is the final entry in a symposium on the Supreme Court’s shadow docket.

The Honorable Trevor N. McFadden is a judge on the U.S. District Court for the District of Columbia. Vetan Kapoor (@VetanKapoor) is a former law clerk to Judge McFadden.

The Supreme Court makes two types of decisions with far-reaching effects on American life. Readers of SCOTUSblog are quite familiar with the first type: a ruling on the merits of a case after a decision in a lower court, a cert petition grant, briefing by parties and oral argument. But recently, the Supreme Court has increasingly issued consequential decisions of a different kind — emergency relief staying the effect of a lower court ruling. These “shadow docket” stays are typically short orders with little legal reasoning issued without oral argument, with condensed briefing and on compressed timelines.

The importance of a Supreme Court merits opinion often comes not primarily from its impact on the parties in the immediate case but from its binding precedent on lower courts in subsequent cases. But how should lower courts treat shadow docket stays? Can they ignore these stays in similar cases because they were quickly decided and issued without lengthy opinions by the justices? In other words, is there something about the shadow docket that relieves inferior courts of their normal obligation to defer to the rulings of the Supreme Court?

These are now pressing questions. During the past few years, the court has granted stays in a number of high profile immigration cases, including the so-called travel ban, border wall and “public charge” rule cases. It has also issued stays in cases about abortion and transgender bathrooms and, most recently, the upcoming election. When lower courts face similar cases and injunction requests, they must decide what weight, if any, to give the Supreme Court’s stay grants.

There is scant case law or academic literature on this issue, nor is there a consensus among those who have considered it. We believe that shadow docket orders are sortable into three categories representing a spectrum of precedential force. Some have little value for lower courts, some are useful as persuasive authority, and some should be treated like the court’s summary affirmances, which must be accorded authoritative weight even though they have less precedential value than an opinion on the merits.

This categorization turns on what — if anything — we can say about the court’s evaluation of the merits of the underlying dispute. While the Supreme Court has articulated slightly different formulations of its stay criteria over the years, it has regularly said that to obtain an emergency stay, an applicant must show a “fair prospect” or a “significant possibility” of success on the merits. When a lower court has already denied an applicant’s stay request, which is almost always the case, the applicant faces an “especially heavy burden,” and the lower court’s stay denial is “presumptively correct.”

Putting this all together, unless an applicant is likely to prevail on the merits of the underlying claim, the court will likely not grant a stay. Our categorization of shadow docket stays follows from this insight. We argue that whenever a lower court can say with confidence that a majority of the Supreme Court has expressed a view on the merits of a stay applicant’s case, the lower court should accord that view significant deference.

The first category — decisions with little precedential value for lower courts — includes denials of stay applications. Decisions to deny a stay cannot have any persuasive or precedential effects, as the Supreme Court may deny a stay request for any number of nonmerits reasons. For example, a stay may be denied if there is not a reasonable probability that four justices will consider the issue sufficiently meritorious to grant cert. And a denial of certiorari expresses no view on the merits of a case.

The second category — decisions that serve as persuasive authority — includes dissents from, concurrences with, and statements respecting stay grants. It also includes so-called “in-chambers” opinions. An in-chambers opinion is written by a single justice to dispose of stay applications and other requests for interim relief. In-chambers opinions do not bind the full court, but they can be persuasive as signals about what one (and potentially more) of the justices think about the law. After all, even when writing an in-chambers opinion, a single justice endeavors to “conscientiously reflect the views of his Brethren as best he perceives them.”

The third and most important category includes any stay decisions made by the full court that express the majority’s view of the applicant’s chances of succeeding on the merits. Lower courts should defer to these judgments, and some have begun to do so.

Consider two examples. In Trump v. International Refugee Assistance Project, the executive branch asked the court to stay nationwide injunctions issued by lower courts against President Donald Trump’s travel ban, arguing among other things that nationwide injunctions were an impermissible remedy. The court granted a partial stay. It emphasized that a lower court “need not grant the total relief sought by the applicant,” but instead may “mold its decree to meet the exigencies of the particular case.”

The U.S. Courts of Appeals for the 4th, 7th and 11th Circuits all treated the IRAP decision as precedential. But they disagreed about what that decision stands for. The 4th Circuit, for instance, called IRAP “binding precedent” that “affirmed the equitable power of district courts, in appropriate cases, to issue nationwide injunctions.” By contrast, the 11th Circuit cited IRAP in support of an injunction that was challenged as being too narrow. Despite their differing views on IRAP’s meaning, all three circuits agreed that the court’s stay decision had authoritative value.

Or take Barr v. Lee. In that case, a death row inmate sought an injunction against his execution, arguing that the use of pentobarbital sodium constituted cruel and unusual punishment. A district judge granted the injunction and the circuit court declined to stay it. But a majority of the justices stayed the injunction because, “among other reasons, the plaintiffs have not established that they are likely to succeed on the merits of their Eighth Amendment claim.” The ruling was four paragraphs long. Nonetheless, in a subsequent case brought by similarly situated federal prisoners, the district court explained that it “is bound by the Supreme Court’s holding that … [the] risk [of experiencing complications from the pentobarbital] does not justify last-minute judicial intervention.”

There are at least three reasons to treat these stays as authoritative. First, stay decisions are strong signals about how the court will eventually rule. Once the Supreme Court decides an applicant is likely to succeed on the merits, the applicant typically ends up being the prevailing party when a merits decision is issued. That was the case in the travel ban litigation, in June Medical Services v. Russo and in most other cases featuring Supreme Court stays in recent years. Of course, a later decision by the court affirming the lower court’s injunction would abrogate a stay’s precedential value, but as a practical matter, that rarely happens. Nor would we expect it to, given the high threshold described above for granting a stay.

Second, stays often end up being the final word from the Supreme Court on a given issue. This is true, for example, in the election law context or when parties settle after a stay is issued. Lower courts should therefore defer to the court’s guidance, as terse as it may be.

And third, pronouncements by the Supreme Court on important questions of law often create reliance interests, even if summarily issued without full briefing and argument. Lower courts run the risk of creating confusion and reducing the perceived legitimacy of the justice system if they ignore the court’s ruling in a comparable case.

In short, when a majority of the Supreme Court signals its views on the merits of an issue, even in a brief shadow docket order, lower courts should either defer to the court’s ruling or justify a departure from that view.